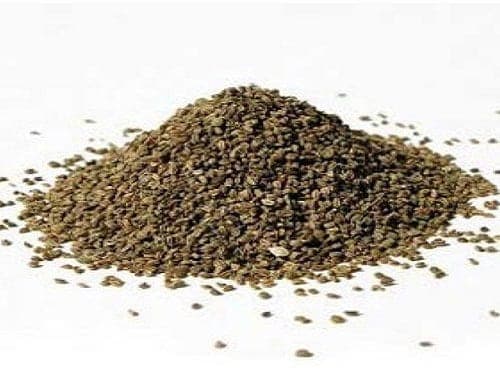 Ajowan seed oleoresin is one among the pure natural extracts Oleoresins. This particular oil is volatile and its resinous non-volatile fraction consists of taste components. Ajowan oleoresin is pale green oily fluid with a typical aroma and strong taste characteristic. Ajowin oleoresin is ideally suited for medicinal use among the oils soluble in water because of their high thymol content.

Seed from Ajowan is considered as a flavoured spice. Oleoresin of Ajowan, also known as ajwain, carom or thymol seeds, contains volatile essential oils, a resinous non-volatile fraction of flavours. Ajowan seed, through the normal vegetation, can easily be cultivated. Ajowan, which is commonly grown in India, mainly in the North East, is in the Apiaceae family. The plant in Ajowan is similar to the plant in parsley. Its fruit pieces are greyish in shape like eggs and appear as seeds. These seeds are slightly bitter, pungent flavour with pleasant scent like fragrance. It is a pale green oily liquid with characteristic aroma.

The antiseptic and aromatic Ajowan was traditionally used in India. It is also grown in Iran, Egypt, Pakistan and Afghanistan, which are near to India. It is a very good digestive ingredient with a bitter taste and is used in food preparation. The steam distillation of the crushed seeds of Ajowan helps to make Ajwain Terepene oil. Ajwoin oil is a dark brown fluid with a warm smell and sensation of taste. It is mainly used in preparing essential oils to cure various problems and is widely used in aromatherapy. The body can easily absorb entirely herbal and very effective Ajwain terrene oil.

The oil is extracted from the Ajowan seeds by a super-critical carbon extraction process. It is used in Ayurvedic and Indian medicine historically. Ajowan is a spice ingredient known as panch phoron used in Indian Curry. Seeds from Indian food stores may contain this element.

Thus, we have seen the key details related to Ajowan Seed Oleoresin, which is a pure natural extracts Oleoresin. You can also try out this product and witness its amazing benefits.